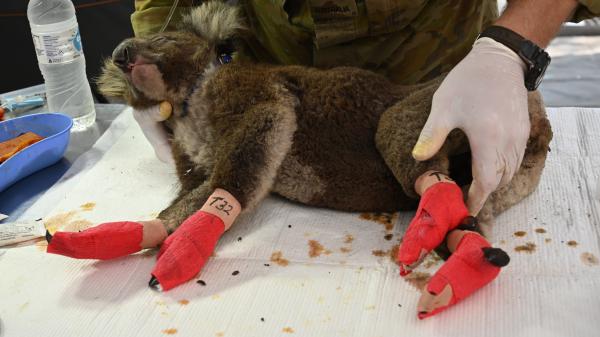 Australia no longer wants mittens for its Koalas. You know that the country has been ravaged by monster fires, that millions of hectares have gone up in smoke, that millions of animals have perished or been seriously injured …
Among them, the koalas. We have all seen these images of koalas, with burned legs.

The animal rescue collective craft guide has therefore launched an appeal: help us we need blankets, pockets and mittens for our injured koalas.
The idea is to put the cream on the legs of the koala and put the mittens on it so that it cannot touch it. Result, the appeal was heard.

And there is the beautiful story. In Canada, for example, a Facebook group employs almost 15,000 people to knit mittens. In France, in England too everyone started knitting. In short: generosity, mobilization, we love the world when it is like that. Except that our knitters may have invested a little too much in their mission.

Enough is enough ! We can no longer receive mittens, it’s super nice but we no longer know where to put them. The heads of associations, the volunteers when they see the mittens coming, they no longer want to say that it’s cute. They are at the end of the line.

The problem is that with this deluge of good intentions, there is no longer room to store everything. Some volunteers had to rent boxes at their own expense to put the mittens. An association did not go there by four paths and published this message: “Thank you for your support, your solidarity, your kind words and thoughts, and the items made so far. Please do not send items to Australia again.”