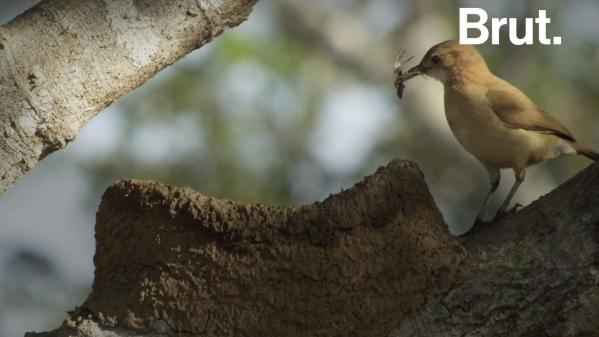 Native to South America, the Fourniers regroup eight species including the Red Fournier, emblem of Argentina. Their oven-shaped nests are the origin of their name. To make them, these little architects work tirelessly for several weeks. They start by collecting mud or dung, which they mix with different materials, such as straw, to form a mortar. They then deposit it layer after layer to shape this structure.

But it is mainly inside that hides the most important part: a curved wall forms a chamber designed to house the eggs. Accessible only by a narrow opening, this part of the nest is thus protected from predators. Their nests would also have a thermal utility: the interior temperature is warmer than outside and know less variations.

Fourniers rarely re-use a nest from year to year. They usually build a new one before each laying, often next to or even above the old one. Other species of birds can then take advantage of the old nests to lay eggs in their turn.