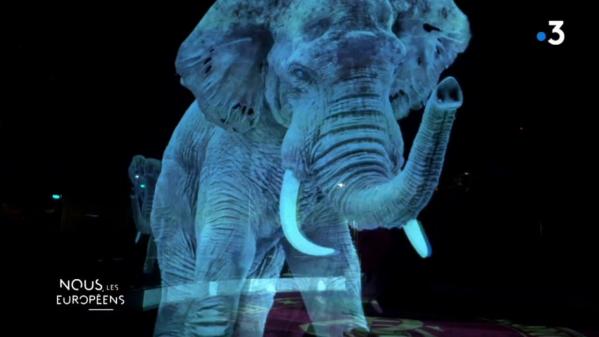 The German circus Roncalli has managed to create an animal show without real animals thanks to holograms: horses, elephants, fish … The public appreciates this abandonment of the exploitation of animals while retaining their magic: « I thought it was good. We don’t need animals. It’s not great for them to be in a circus », says a child full of wonder.

A spectator is also delighted with her evening: « I really liked it. What a great idea. The 3D show was great. We don’t need anything else. It is no longer worth hurting real animals. » How many animals have there been in fact demeaned, chained, degraded … in the very long history of circus shows staging beasts?

Bernhard Paul founded this innovative circus in 1976. He claims today to have always refused this mistreatment, even if he presented numbers with wild animals for many years: « Forty-three years ago, nobody would have gone to the circus without numbers with animals. People asked if they could see them. If we said no, they didn’t come in. It was another time. »

An animal protection association complained one day about a number with a goldfish in a bowl: « There, I thought it was over. » Years later, the fish remained, but in the form of a hologram. Technology has brought the solution for 500,000 euros. « The technical challenge mainly arose because the scene is round », specifies the head of the digital department. Or two years of work to admire animals without making one suffer.