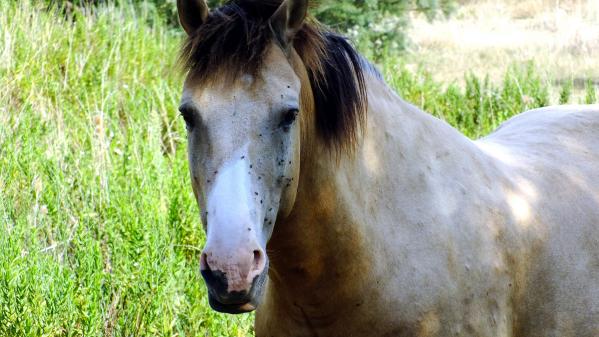 The owner of the horse was alerted overnight. After having struck the animal, the two individuals fled.

Two individuals armed with knives were surprised by a breeder attacking his horse in Montholon (Yonne), on the night of Monday 24 to Tuesday 25 August, reports France Bleu Auxerre.

The owner of the horse was alerted during the night by the barking of his dog. The two individuals fled after striking the horse several times. Fortunately, the injuries are superficial.

The Yonne gendarmerie calls on horse owners to be vigilant. Several similar attacks have taken place since February. A horse in Moselle, another in Vendée, a mare in Puy-de-Dôme, a filly in the Aisne and a pony in the Somme were notably killed.

The French Equestrian Federation announced last week that « in the face of the series of acts of cruelty towards equines throughout the country », she was acting as a civil party alongside the owners of horses, ponies and donkeys who have been killed or mutilated in recent months. Investigators are not ruling out any leads, including the satanic ritual thesis.