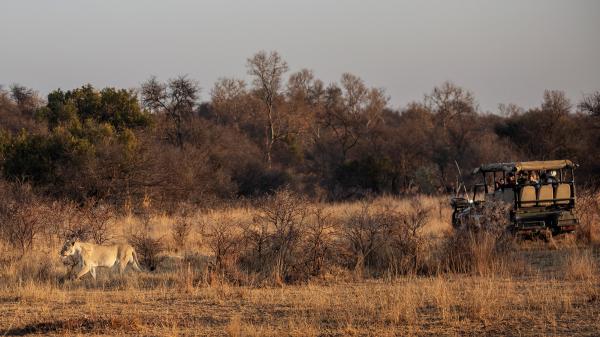 Usually, affluent city dwellers in large cities go abroad for their vacations. Since the beginning of August, once again authorized to move, but only within their province, they (re) discover the large natural parks near their homes.

Containment and the ban on movement within the country were put in place at the end of March, to combat the spread of the coronavirus, by South African President Cyril Ramaphosa. These measures have strongly affected the tourism economy, which accounts for 10% of gross domestic product.

In early August the government allowed South Africans to travel for leisure, but initially within their province. This easing of traffic restrictions has brought city dwellers from large cities like Pretoria and Johannesburg to neighboring natural parks. The tourism sector hopes that this will help to revive its economy little by little.

12 photos of Michele Spatari taken at the beginning of August in the park of Dinokeng illustrate this point.