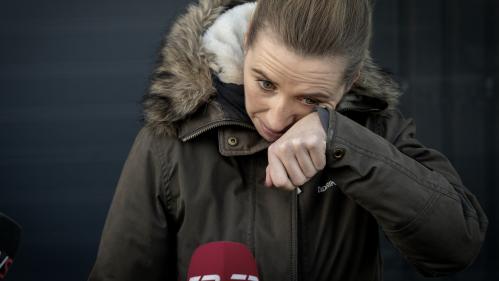 Mette Frederiksen paused several times to wipe away her tears. After the slaughter in Denmark of more than two-thirds of some 15 to 17 million mink, after the discovery of outbreaks of Covid-19 in the country’s farms, the head of the Danish government has for the first time apologized personally for the management of this crisis. « I consider that there is reason to apologize for the unfolding of the facts. I have no problem in saying sorry for that because mistakes have been made », she told TV2 on leaving her visit to a breeder in Kolding, in the west of the country, whose animals have been euthanized.

The Prime Minister had decided to mass slaughter because of a problematic mutation of the coronavirus via these mustelids which could, according to preliminary studies, threaten the effectiveness of the future vaccine for humans. A few days later, however, the government admitted that it did not have a sufficient legal basis. to get rid of healthy animals.

The Minister of Agriculture also apologized, before finally resigning. On November 19, the Department of Health concluded that this potential threat to human vaccines was « most likely extinct », in the absence of a new case detected.

« It is important to remember that it is not the fault of the breeders, it is the fault of the coronavirus, if the industry cannot continue », added the head of government, speaking of a visit « moving ».

Since the start of this crisis, a bill has been tabled in Parliament to ban mink farming until 2022.