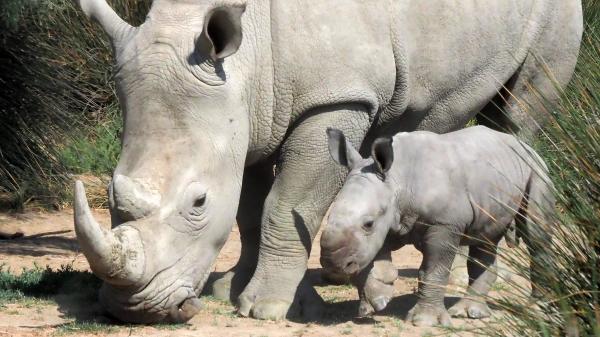 Fatou, 20, and Najine, 31, are the last two of the white rhino subspecies in Kenya. They have full-time caretakers, caring for them, and a 700-hectare enclosure in a reserve in northern Kenya. Everything is done so that their subspecies does not disappear. In 1960, there were still 2,000 white rhinos in Africa. Decimated by conflicts and poachers, there are only two left. Fatou and Najine were in a Czech zoo and were repatriated in 2009 in the hope of breeding them. But the last male died in 2018 without being able to procreate.

The conservator of the reserve refuses this fatality. When the last male rhino died, Samuel launched an unprecedented experiment: the artificial fertilization of rhinos. In August 2019, the first stage was launched. Technicians and scientists arrive from Europe to collect oocytes from Fatou and Najine, anesthetized for the occasion. Ten oocytes could be recovered and fertilized in a laboratory in Italy with sperm taken from males before their death. Three embryos were thus obtained and then frozen while waiting to see if they are viable.