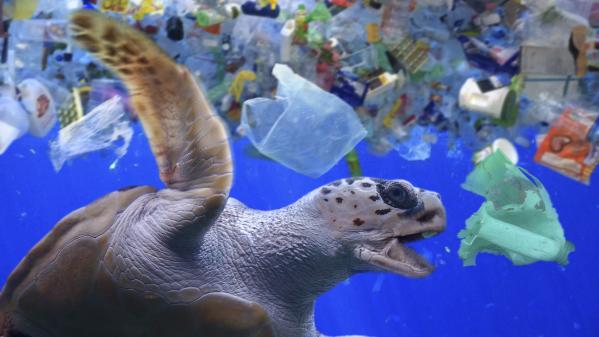 The amount of plastic in the oceans is expected to triple by 2040 if nothing is done by then. This is the conclusion of a report produced by leading experts on the subject and published Thursday in the British scientific journal « Nature ».

AT Like the work of the IPCC, the United Nations group of experts on the climate, the study is planned for the years to come. It points to an exponential increase in plastic releases. The situation will become catastrophic, warn these specialists, if the world remains on the same trajectory when the means to act are at hand.

Plastic is already everywhere in the oceans. But the report published in the British journal Nature predicts significant degradation if the industry does not evolve. In 2016, discharges into the sea were 11 million tonnes per year. They are expected to grow to nearly 30 million by 2040, with a floating plastic stock four times larger than today. This will have consequences for fisheries, health, food and greenhouse gas emissions.

The study points to the limits of public policies and recycling. The strategy of eliminating plastic cutlery or stirrers is not enough. The investment of producers in recycling channels is not effective, say the authors. What is being done in developed countries today is failing to keep pace with plastic production. The study therefore calls for large-scale change. We must get out, hammer the experts, from the binary opposition between those who advocate a reduction at the source of production and those who have the religion of recycling. If nothing is done within the next two decades, the damage will be irreparable.

To stem the phenomenon, experts believe that solutions exist that are technically feasible, economically viable, and socially acceptable. The report defends eight levers of action that involve reducing production, focusing on recycling, substitute products, and reuse. Experts suggest, among other things, supporting recovery channels in developing countries. Globally, these actions would reduce plastic pollution in the oceans by 80% by 2040.