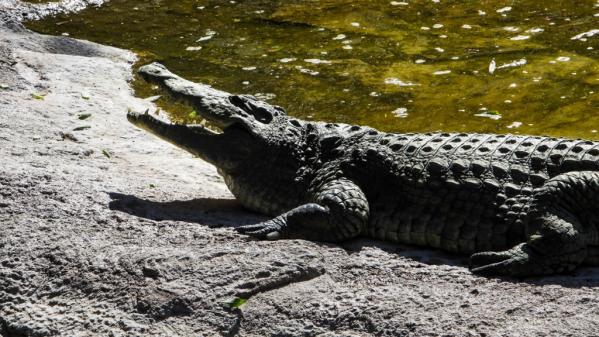 An international team of researchers analyzed footprints from the Lower Cretaceous era discovered in South Korea.

An approach similar to that of some dinosaurs. The ancestors of crocodiles would not have moved on four legs, like their modern cousins, but on their two hind legs, advances a study published Thursday June 11 in the review Nature Scientific Reports.

A team of researchers from China, Australia and the United States analyzed footprints from the Lower Cretaceous era, discovered during excavations at the Sacheon Jahye-ri archaeological site near Sacheon City in South Korea. South, where ancient species of lizards, spiders and tiny raptors 120 million years old had been discovered.

Their research suggests that these footprints were left by a modern crocodile ancestor called Batrachopus grandis. He was walking « like a crocodile swinging on a tightrope »says Kyung Soo Kim, of the National Pedagogical University of Chinju, South Korea.

An approach « similar to that of dinosaurs, but the footprints are not from dinosaurs », details the scientist. The researchers originally attributed these traces to those of an ancient pterosaur, this giant winged dinosaur that walked on two legs to protect its wings on earth.

The footprints, from 18 to 24 cm, were entirely made by rear members, as evidenced by the absence of a tail trace and the narrow tracks left behind. They evoke a body length of up to three meters, with legs the same size as those of a human, according to Anthony Romilio, paleontologist at the University of Queensland, one of the authors of the study.

The shape of the footprints shows that Batrachopus grandis walked probably feet flat, pushing his heels into the ground, as do men, according to this study, which highlights the need to re-examine other specimens from this period morphologically similar.