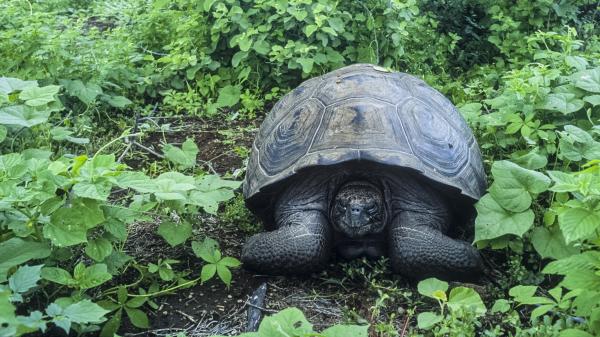 His name is Diego, he is about a hundred years old, measures 1.50 m and weighs 80 kg. The Diego tortoise saved its species from extinction. Diego spent 40 years in captivity as part of a breeding program on Santa Cruz Island (California, United States). After good and loyal service, he will find his native island, Española Island, in the Galapagos archipelago (Ecuador). Fourteen of his fellows accompany him. A long journey awaits them.

Today, Diego has finally found his natural habitat and can now enjoy a well-deserved rest. “We know that thanks to him we were able to revive a species that was on the brink of extinction”, welcomes Freddy Villalva, ranger of the Galapagos National Park. Diego alone has fathered at least 40% of the baby turtles that have since grown up on Española Island, which now has about 2,000 individuals of this species, including 200 born in the wild.